You are here: Home / DID Education / Clearing up Misconceptions, Stigmas, and Myths about Dissociative Identity Disorder

Are you interested in clearing up misconceptions, stigmas, and myths about Dissociative Identity Disorder?

Have you ever had negative experiences with mental health providers who did not understand DID?

I have an opportunity to share with you today.   You can put a voice to those negative experiences you have had!
One of our own DID survivor-readers here at Discussing Dissociation, “Healing,”  is working on a project that will benefit dissociative trauma survivors.   Healing is making an effort at correcting the misconceptions about DID, and your help with this project would be appreciated.
Healing has written an interesting set of questions for you, and she will present the results of this study at a state conference for the American Counseling Association in a few weeks from now.
[Update.  This presentation has been made, and the results were well received.  A new blog article describing this will be forthcoming.]
I’ll let Healing explain the rest, but please know…..   you have only 10 days available to comment with your answers.
Hi, this is Healing here.
I am a graduate student working towards my Master’s degree in clinical mental health counseling.  I will be graduating in April.  Post-graduation, my hope is to specialize in the DID population because there is a huge needed in my area.
One of the requirements for graduation, is I have to present a poster at my state American Counseling Association (ACA) conference which will be held in November.
The poster I am presenting is a literature review poster, which means I already have about 20 articles I have to review. The purposes of the responses would help me identify which stigmas, misconceptions, and myths are a common theme among the DID community as a whole so that I will be able to bring awareness to the mental health professionals and mental health professors (including my professor who doesn’t believe in DID) at the ACA conference. With the responses, I will be able to pull from the articles I have to expose the truths that research has been done that support DID that those of us with DID are not what any of these false beliefs are. I am using several articles from researchers who are DID-positive and have already done great research.
My poster proposal is as follows:

Dissociative Identity Disorder (DID) is one of the most controversial mental health disorders.  Individuals diagnosed with DID often are negatively impacted with damaging stigma, myths, and misconceptions due to inaccuracies and misinformation among mental health providers.  This poster will examine accurate relevant information about DID.

I am requesting from those in the forum to contribute any misconceptions, stigmas, or myths which they have experienced from mental health providers.  I am only one individual with DID but in no way does this mean I am the only one who has had negative experiences with mental health providers.
I will not be identifying anyone who contributes.
I will be able to use your contributions to provide relevant information of how negative misconceptions are impacting those of us with DID.   I will also present relevant research (from about 20 articles) that proves that those misconceptions are not true.   I will be presenting my poster to mental health providers at the upcoming ACA conference.
My goal is to educate the mental health community because even in 2018, there is still not enough accurate information being taught within our universities.
This will be a great opportunity to bring awareness at a large state conference.

1)  Have you ever had a negative experience from the mental health community because you have DID?

3)  Did you think this negative experience from the mental health community was based on a stigma, misconception, or myth they perceived about having DID?

4)  Please describe one negative experience which was based on a stigma, misconception, or myth you received from the mental health community which you found hurtful and/or not helpful.

5)  If you could tell the mental health community one thing to change the stigma, misconception, or myth you were told about DID, what would it be?

I won’t be using any identifying information because I know how vital it is for those of us with DID to keep our autonomy and anonymity
There is no requirement of a set number of specific responses.
The purposes of the responses would help me identify which stigmas, misconceptions, and myths are a common theme among the DID community as a whole so that I will be able to bring awareness to the mental health professionals and mental health professors (including my professor who doesn’t believe in DID) at the ACA conference.
With the responses, I will be able to pull from 20 articles I have, to expose the truths from research that supports DID.  Also, I can show that those of us with DID are not what any of these false beliefs are.
Thanks!
Healing
That’s an important presentation, I think!
Imagine that!   Isn’t it exciting to think that an entire ACA State Conference will be hearing CORRECT information about Dissociative Identity Disorder.  What an excellent goal, and thank you, Healing, for inviting those of us here at Discussing Dissociation to be part of your stand.
To You, the Reader here at Discussing Dissociation — 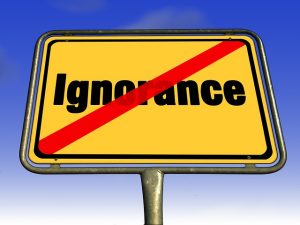 Your thoughts and comments are welcome.
It’s  good to be able to have an input in positive change!
You have 7 days available to comment with your answer.
As always, I wish you the best in your healing journey.
Warmly,
Kathy