You are here: Home / DID Education / What is a Perpetrator Introject in a Dissociative DID System? 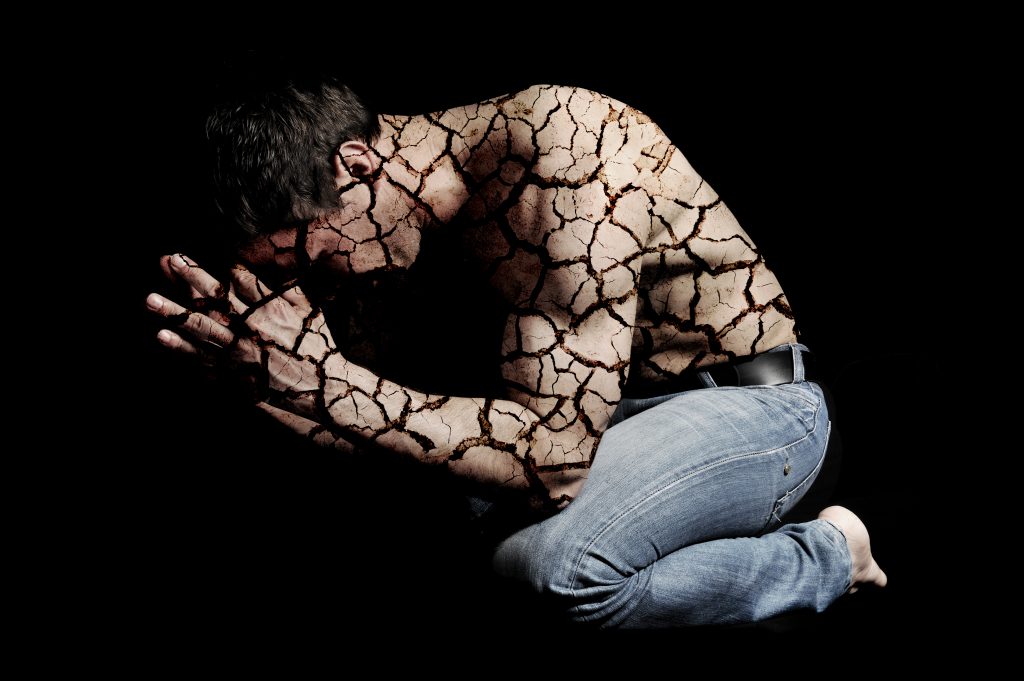 Working with introjects in a dissociative system is an incredibly difficult but absolutely important part of your healing.  It might feel a bit triggery to learn about these insiders in your system because of what they are attached to, but it’s massively important to address them, especially if you’d like to achieve system harmony, internal cohesion and an overall sense of healing and well-being.

Our Email Consultant / Forum Manager, Laura, has written a very good explanation about perpetrator or abuser introjects.   Hold tight to your seat while you read — it’s good stuff, and very well said.  Do your best to read through the whole article.

I’ll be honest, you might feel some stirrings from within your system, so be prepared for that, and expect it.  Even if you have already done a lot of work with your internal system introjects, they may want to have a closer look at what’s being said here in this article.

And so they should — just know to expect that.  Let them read and learn as well, because they are a very important part of your team.   Use this information to get a better understanding of your introjects.  They really are valuable, even if they feel so hugely difficult at first.

ps:  Yes, some introjects can come from friendlier places than the directly created abuser introjects, and “friendly introjects” are a whole topic on their own.   There are multiple layers and multiple reasons for internalizing outside people / outside figures to be inside people or inside figures.  The concept of bringing the outside to the inside is still the same.

WHAT IS AN INTROJECT?

Wren asked this question in the Comments section of a different post. (Thanks, Wren!) Since it’s a big question, and something that applies to most (if not all) dissociative systems, I decided the question deserved a post of its own to answer it.

So, what is an introject??

In simplest terms, an introject is an alter who resembles the original abuser. This alter will look like, act like, and speak like the original person. They may bully or terrorize other members of the system, or even abuse them internally, so that it feels like the abuse literally never ends.

These parts can be very difficult to approach as part of your healing. For each one of you, the introject in your system appears identical in every respect to the person who caused you so much pain and terror, and it can be confusing and frightening to find that your abuser has been incorporated as part your dissociative system.

So why are they there? If dissociation is intended to be a protection and a survival skill, how could it possibly help to have an introject? And what do you do about it??

There are two important keys to working with introjects.

The first is to remember that THEY ARE TRYING TO HELP.

They might not be choosing methods that feel helpful, but their intention really is to help and protect you.

Look at it this way –

Abusers often give some form of twisted logic for their abusive actions, things like …

“You made me do this because…”

“I had to do this because…”

These statements, and others like them, are intended to make you feel complicit in and responsible for what is happening. They imply that you had some control, that there might actually have been something you could have done to change or prevent what the abuser is doing to you.

In truth, there was nothing you could have done. Nothing would have changed what the abuser did.

However, a child’s understanding would not be able to see the manipulation. A child would believe the suggestion that it was something they did or did not do that led to the abuse they were suffering. It is this kind of manipulation that typically leads to the creation of introjects within your system.

introjects represent how important it was, at one time in your life, to always be vigilant. Danger  was always near you and you had to be careful of every move and every word, because your very survival might depend on not doing or saying the wrong thing at the wrong time. introjects also represent the desperate hope that, if you could only do everything just right, obey all your abuser’s rules and anticipate exactly what was wanted of you, that it might lessen or even prevent some of the abuse from happening.

introjects take on the persona of the abuser in an effort to vigilantly maintain the behaviors and attitudes the abuser appears to want. This is vitally important for a child who is trapped in an extremely abusive situation. It might gain only a small allowance of protection, but when you were little, every little bit of protection mattered.

This brings me to the second key point about introjects: THEY ARE PART OF YOU.

No matter how they look or what they sound like, no matter how much they insist they are your abuser, and even if they do the same things that person once did, introjects are not the person who abused you.

The resemblance to your abuser is an appearance only, like an actor playing a role in a movie, complete with ugly personality and cruel behaviors.

However,  the person behind the role (the real person) is actually a part of you, only and entirely you. They are not the abuser they appear to be. They are a part of your system who is locked into an old role and still playing by old rules.

You may be long out of your abusive situation, but introjects are often either unaware that your abuser is no longer part of your life or unable to trust the appearance of safety (because what if). They don’t dare relax their vigilance or let you fall away from the old rules that were once so important.

They are trying so hard to keep you safe.

Being an introject is a difficult and thankless task. This member of your system has spent all these years acting out a role that they dislike every bit as much as you do. They too are afraid of your abuser. They typically feel a huge weight of repsonsibility for trying to keep you safe from that person, and they also feel the weight of every time they failed in their job, and others in your system were hurt despite every effort to prevent it.

The introject in your system was there to help you when the stakes were very high and their job was deadly serious. It’s difficult for them to let go of that level of urgency, and they probably won’t be able to do it alone. They need help to understand and absorb that the abuse is truly a thing of the past, and they need support in the transition from old ways to new.

If you can accept and embrace the two key points about introjects outlined in this post, you might find that it’s a little easier to begin getting to know these very important members of your systems.

Think about how differently you might approach someone if you believed they were on your side but were still too fearful and distrustful to let go of their old beliefs, as opposed to approaching someone you believed to be like your abuser. That’s a big attitude change! And it can make a big difference in being able to connect with these system members.

Once they have made some progress in their own healing, the introject who was a source of fear and confusion and conflict in your system can actually become a strong and helpful member of your internal community and one of your most valuable allies in your group’s healing journey.

[Note: The key points discussed here remain true regardless of whether or not mind control and programming were part of your history. However, connecting with an introject who has been purposely and purposefully created by a programmer is more difficult, and potentially more dangerous, than the process of connecting with an introject who evolved more organically, and it is all the more important to have a strong support system, including a therapist whom you know and trust, before beginning this work.]

For additional learning about Introjects, check out these articles:

Read how one DID system achieved this goal after working with their perpetrator introjects.  Their inside hurters became their system helpers. 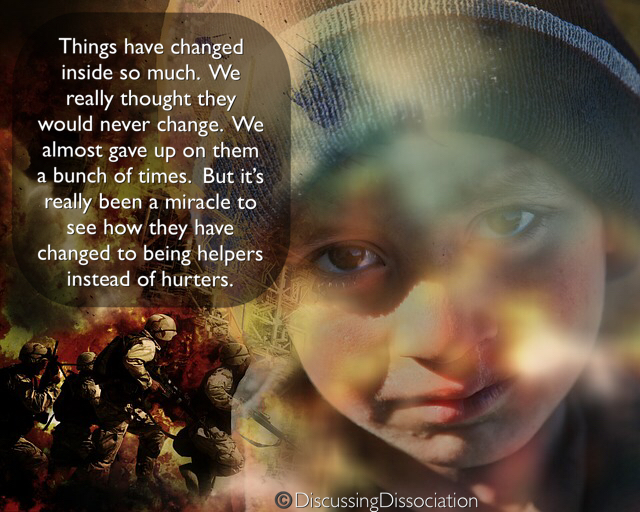 Found in: Progress Made while Reading about DID at Discussing Dissociation

You can make these giant steps of progress with introject parts too.

And of course, I wish you and your whole system the very best in your healing journeys.