You are here: Home / Anxiety / Would You Feel Safe Enough to Report Obnoxious Raging Behavior to the Police ? 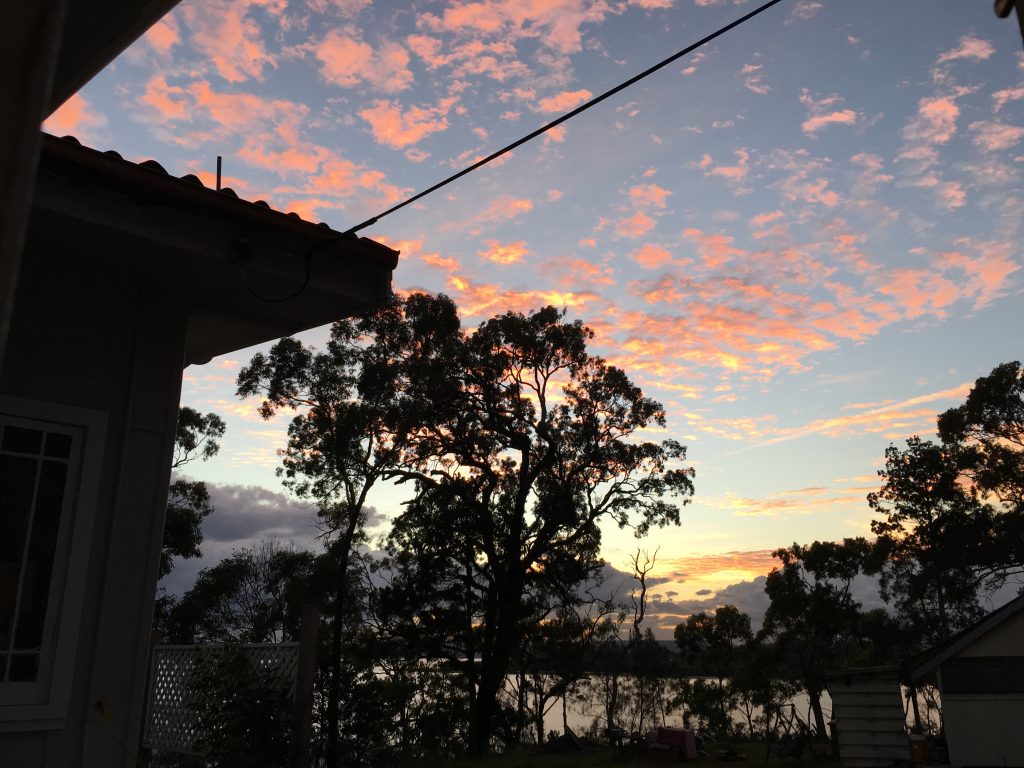 I want to tell you a true story about something that just happened to me a couple weeks ago.

It might be a bit triggery for a few of you — so please know right upfront that I am okay.  This story will get a little scary, but it ends okay.  I will spare you the nitty-gritty details, but I want to say enough about what happened so we can have a good discussion.    Please know to have your  older system protectors around just in case any of your other system folks feel scared or worried while they hear what happened at my house recently.

It was a weekend night.  I was asleep, very asleep, and had been for awhile.  The clock said it was 12:47am.

I was woken up from my cozy little sleep when my beautiful dog, Joe Bob, started growling. Joe was standing on the bed, all his fur bristled stiff, his muscles tightened, his eyes looking intensely out the window. Joe Joe is very attentive to the world, and he had clearly heard something he didn’t like.  It was completely dark out there — lit by only the moon and stars.  No city lights around here.

At first I had no idea why Joe Joe was growling making all kinds of deep dog-protector noises.

Then I heard it.

Just a few feet outside my window, my neighbour was muttering and grumping and swearing.  He was close enough to my window that he could hear Joe growling at him.  He got angry at Joe.  My drunken neighbor, standing in MY yard, had the audacity to tell my fabulous, protective dog to shut up, using the most foul and hideous language in doing so.

I told him to go away.

No swearing, no yelling.  He was only a few feet away from my window.  I didn’t need to yell for him to hear me.

Instead of going away, Drunken-Angry-Neighbor-Man exploded into a full rampage of verbal obscenities and foul language.  He called me all kinds of horrible ugly names, and swore repeatedly.   He was loud.  He was vulgar.  He was obnoxious.  Over and over and over again.   On and on and on….

The worst part is…..

Drunken-Angry-Neighbor-Man stayed right outside my bedroom window and would not go to his own house.

He walked around and around in my yard, and continued his verbal rampage and name calling of me for 15 minutes.  FIFTEEN MINUTES.  That’s a looooooooooooooong time to be listening to a drunken rage full of obscenities and horrific name-calling.

It’s scary, because when someone is drunk and raging, you never really know what they are going to do.

It’s hard to think, because the fear can make you freeze.

Is it better to be quiet, and tuck away, and to be as invisible as possible?

Is it better to be loud and assertive, demanding space and silence?

Is it better to call for help?

Is it gonna all settle down and not be worth disturbing other people, even the authorities?

Because there was nothing but a glass window between Drunken-Angry-Neighbor-Man and myself, I decided to be quiet at the time.  One glass window at chest-height did not feel secure to me, so I decided to not “poke the bear”.

I immediately began documenting the incident in a text message to someone of authority, but after instructing Drunken-Angry-Neighbor-Man  to go away, I said nothing else to him.  He completely erupted when I said that.  There was no knowing what he would do if I began to argue with him or confront him.

I should have used my phone to record Drunken-Angry-Neighbor-Man making all that noise.   However, I have a new-to-me-phone, and frankly, in the fear of the moment, I couldn’t think of how to record from my phone.  That would have been the best option to prove what was happening.  At the time, I was thinking that I didn’t want to be visible at my window making a video.  I jut didn’t feel like that glass window was enough security to keep me safe from a big raging drunk man.

So I stayed down and out of sight.

However, I was completely ready to take it to the next level and I was 100% willing to call the Police if the situation intensified.

In hindsight, I wish I had called the Police right away, but I didn’t.  I didn’t know it would go on and on and on for 15 minutes.  I kept thinking surely it would end.  Surely he would go inside.

I kept thinking that surely he would give up his tantrum and go inside.

I was listening closely for anything breaking.  I was clear about one thing.  Any damage to property or any indication of physical violence and I was calling for Police back-up.  No doubt about it.

After about 10 minutes of verbal ranting and raging right near my house, he went closer to his side of the yard, but still stayed outside.  He still was on a rampage, and he was still swearing and yelling, but he was over there, a little further from me, and closer to where he lives.  There was five more minutes of yelling and swearing from a little further away, but you know… still way way way too close for comfort.

Finally, after 15 minutes, he went inside his house.

I was soooo relieved when he went inside his place.

Other than being very shaken up by all the verbal abuse and loud obscenities, I wasn’t physically hurt.  And once Drunken-Angry-Neighbor-Man went into his own home, I knew the ordeal was over.

SOOO not okay.  Not okay at all.

The next morning, at 7am, Angry-Raging-Neighbor-Man was still on his rampage.  However, by 7:30 am, in the bright of morning daylight, he found his wallet outside.  Apparently, in his drunken state, he dropped his wallet in my backyard.  Maybe that is what he was looking for and why he wouldn’t go away from my house.

Okay, so maybe I understand why he was out there, but….. was that okay?

Even if he lost his wallet, his behaviour was atrocious and hideous.   It is absolutely not okay to stand outside someone’s bedroom window in the middle of the night and yell vile obscenities.

After all, I didn’t lose his wallet.  I had nothing to do with his wallet.  What right did he have to be angry at me over his mistake and his clumsiness?  Do I stand outside his bedroom window and yell obscenities at him at 1 am ?

And did Drunken-Angry-Neighbor-Man apologize for his behavior?

Has he made amends for such outrageous behaviour?

Not one word of effort or apology.

I mulled it over for a few days, and I still felt uncomfortable with such horrible behavior by my neighbor.  I realized I was still upset by it, and I realized how much my neighbour frightened me.   I decided this was not an instance to ignore.

So yes, I filed a non-urgent Police Report, detailing the incident.  It was considered “non-urgent” as it was not occurring at the time and date of the Report.

Would you have done that?

Why or why not?

I decided that violent rages are not acceptable.

If I turned a blind eye to that, Drunken-Angry-Neighbor-Man could do it again, assuming there will be no consequences.

I can’t support that.

I can’t support anyone assaulting someone else in such a manner.

I know that you, as a DID survivor, you have survived MUCH MUCH MUCH worse than a drunken neighbor raging in the middle of the night.

I don’t begin to compare this situation with anything you have survived or  endured.

However, even this much raging is unacceptable behavior, and it felt important for me to take an stand about it.

I’m definitely interested in hearing your thoughts and opinions about this.

This situation reminded me of the courage that you have had to survive your trauma.    You’re truly awesome, and your strength and bravery are amazing.

Thank you for reading here.

And may all your neighbors be kind.

I wish you the best in your healing journey.   Oh, and STAY SAFE  !!