You are here: Home / DID Education / Your Input Needed ASAP re: Your Knowledge about DID 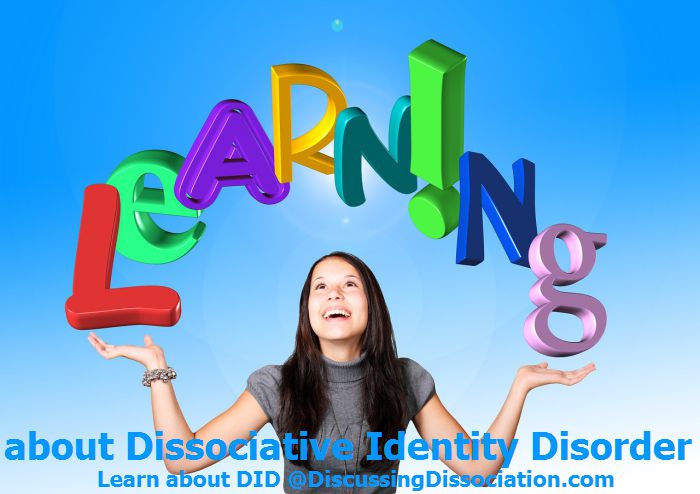 Your Input Needed ASAP re: Your Knowledge about DID

I have been approached by two 8th grade gals who are eager to learn about Dissociative Identity Disorder.

The two gals have decided to make a presentation about DID in their school Science Fair, due a week from today.

They have contacted me and asked me a variety of questions because they want to learn from a specialist in DID.  Thanks, gals, I appreciate that, but in reality, YOU are the expert, that’s why I’m bringing this to you.

Now…. I think this is FABULOUS situation because these young gals could very well become some of our leading Mental Health Professionals in the future. 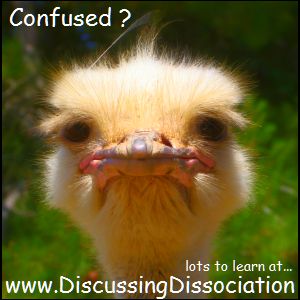 THIS is a chance to change that process.

Every step of positive change makes a positive difference, and the more we can have an educated young public out there, the better for you.

As a community of experts here at Discussing Dissociation, we have the opportunity to teach a couple of very bright gals, who will then teach their classmates, and their teachers what they learn.  We don’t know how far the ripple effects can go, but it’s good to help educate the public about what’s really going on with Dissociative Disorders.    Here’s my challenge to you.

I’m going to paste their questions here in this article.

I am inviting ALL of you to respond with answers that you would like these gals to learn about DID.

It doesn’t matter if someone else has also expressed their opinion.  You can agree with the words written by someone else, but I really really really encourage you to put your own voice out here and speak up for DID, in whatever way that you can.

I know that’s a big number, but I know we get WAY more than 100 readers at this site every single day.

So come on, group.   Let’s help teach the world what DID is really like.

I’m going to post the questions now, and publish this blog “as is” while I also work on my own answers to these questions.

I’ll definitely post my answers when they are ready, and in the meantime, all your words of wisdom and experience would be highly valued.

How would YOU answer the following questions written by these young 8th graders trying to learn about DID?

Let’s teach them the CORRECT answers.

Remember, when posting a comment, you can use any pseudonym for your “name”, and the public cannot see your email (I can, they can’t).  You do not have to use your “legal” name.  Pick something that is NOT your legal name, preferably! 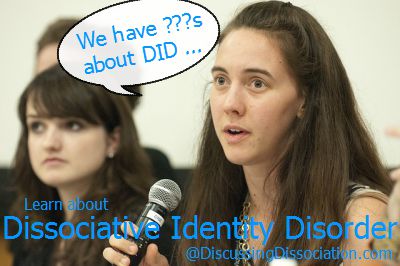 These two young gals have presented the following Introduction and Questions:

The purpose of our Science Fair is to use all our information from research and from this interview to get a better overall answer of this question:

What is the connection between an individual who has D.I.D. and their alters?   (Which is a pretty vague question)

To give you more of an insight on our purpose question, we believe that the aspects of which the individual who has DID doesn’t have are represented through their alters. For example, if a shy child was sexually abused, they could have a rebellious alter.

Please write your response below in the Comment section.

Please join in with educating the world about DID !