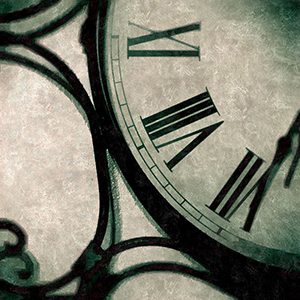 One of the diagnostic criteria for Dissociative Identity Disorder is experiencing amnesia or lost time.

While losing time may seem like an obvious hole in your every day life, it really might not be as obvious as it seems it could be.

For dissociative trauma survivors, the sliding of time is a normal everyday way of life.  It just is how it is, and time feels very different for DID survivors than it does for other people.

Dissociative survivors may or may not pay attention to the minutes that are gone, or the hours that have slid quietly by.  They are very used to the ebb and flow, and unless there is reason to pay specific attention to the idea of lost time, they may not really be genuinely aware of how much time they lose.

Every dissociative survivor I have met has recognized specific periods of lost time in his or her life.

Sometimes, multiples think they do not lose much time, but with a few detailed questions, it can soon enough be shown that there are very clear gaps in memory and awareness of regular life events.  There will be everyday type things that they know they should know, but they don’t.

Some multiples will notice big chunks of time that seem to be gone.  It will be 2 pm, and then suddenly, it’s 9 pm, and the survivor has no awareness of what happened during those seven hours.  Those hours are considered lost time because they feel completely lost and unaccounted for.

The host parts don’t remember what happened.  If they look around, they might get some clues about what may have happened, but for the most part, it feels like time completely jumped seven hours ahead.  Time feels lost to them because there is basically no information and no awareness about what happened.

In both of these situations, time is being quantified from the perspective of the front host personality.  Time loss can include other parts of the system as well, but the questions about lost time are typically addressed towards the host.  This is an important distinction to remember.

Because you see, even though time feels lost to the front host personality, in all reality, time is not lost at all.

Yes, you read that right.  Time is actually not lost. Time has not actually gone away.  The DID survivor’s day is not shorter than everyone else’s day.  Time has not disappeared in the way that it feels.

While we use the term “lost time” all the time, that is actually not what happens.  In fact, no one with DID actually loses any time at all.

So where does the time go?

Actually, what happens is that the dissociative trauma survivors have switched to another part.

Switching.  Shifting from one part or another.  “Transitioning” as US of Tara called it.

That’s all that happened.  You’ve switched!

The hours of time can be completely accounted for if you know who was out and what they were doing.  Time itself isn’t missing.  What is missing is having the awareness or knowledge about who in your system was out doing what.

So when the host or front personalities are completely unaware of life events, and there is no knowledge of what has happened, they have simply switched to someone else in their system who is out and doing all kinds of things. The body is likely up and active, and any number of things could be happening.  Someone inside the system will know exactly what happened between 2 pm and 9 pm!

Actually, this kind of time loss / lack of awareness can happen between any part of the system with any other part of the system.  Many of the insiders may not be at all aware of what the host personalities are doing either.  Part of the reason for time distortion, triggers, and flashbacks is connected to the insiders not being aware of the outside life in the current day, place, or time.

Sometimes the lost time between these parts are just from not paying attention.

For example, one set of parts can simply be daydreaming or drifting off, and simply not concentrating enough to be aware.  Maybe they were choosing to have an internal nap or be otherwise internally occupied. However, if they actually tried to be aware of what was happening in the outside world, they may fully well have known exactly what happened during that lost time.  Or with a little effort, they may have been able to get close enough to the front of the body to be aware enough to see, or hear, or know.

Other times, the dissociative walls / amnesiac walls are much thicker and less penetrable.

In these situations, one set of parts does not want the others inside to know what is happening, and the blocks put between them are strong and absolute.  Parts from within the internal system are specifically dividing themselves away from everyone else so everyone inside is not aware.

If you have parts that are specifically hiding their activities from the rest of everyone else, this is an important issue to address in your therapy.

In my opinion, integration is not necessary for successful stable functioning.  But, eliminating time loss and/or periods of unknown switching is important for exactly those reasons.  It is ok that everyone within has their chance to do what they need to do, but it is also important to build the communication around what is happening.  You all share the same life.  Being more aware of what happens in that life is important.

So the next time you want to know what happened during that chunk of time that you don’t remember, ask inside.  Ask who knows about it.  Ask who was out, or who saw what happened. There will be someone inside that knows exactly what was happening during that chunk of “missing time”.  You might need to work on increasing your internal communication with those parts, but once you know the others in your system, that time loss will decrease.

Even if the time loss is happens, but if you know who is out, that can help with knowing what happened.  The more you know your whole system of insiders, the less unaccounted for time you will have.

Once again I’ll say, internal communication is the central core of treatment for dissociative identity disorder.

If you want to know what is going on, talk to each other!!!