You are here: Home / Family Members of Trauma Survivors / One Mother’s Heart…

Then that day came….

That terrible horrible lousy no-good day when I had to help my son move into his own place.  Gosh.  I really dreaded that day.

It was truly a terrible horrible lousy no-good day.

It was a lot of work.  There were boxes upon boxes to haul, big pieces of furniture to carry, bags of fresh groceries to buy, cabinets to stock.

My fun-loving son, a big ol’ tall galoot of a guy, was thrilled with the idea of having his own place, and I’ll admit, he did a great job in looking around, and found a perfect location that worked just right for him.  It was a beautiful property, with great landscaping, lots of privacy, good neighbors, and plenty of room for that big ol’ dog to go too.   (See the puppy in that picture?  He certainly didn’t stay small like that!)

My son had been preparing for this week for a long time.  He was eager to get out on his own, and couldn’t be more proud of himself.

I was very happy for him.  He really did well picking a great place.  I had to agree with that, darn it.

He was determined to “man up” to the job of having his very own place, all to himself.  He had been planning. He was gaining his independence.  He was acting with courage.  He was stepping up.

And that was good, very good.  He was the right age to be doing so, he had a good job.  He planned to complete his education at an excellent university.  Living out on his own was exactly what he should be doing. 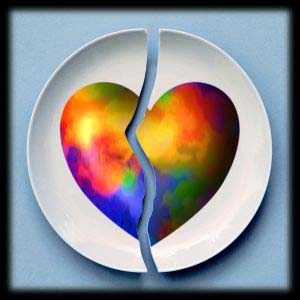 He’s very precious to me.

He always has been, and always will be.

It’s times like these… when it’s hard to speak out loud because of that lump in my throat — when all I can feel is that deep heart-connection I have with my son, and the heart-wrenching grief I felt at his moving on.

It’s time like that which make it so incredibly unfathomable for me to actually understand version of family abuse.

How any mother can be so emotionally removed from her children that she hands them over to be hurt?

I’m not referring to the mothers whose children get hurt when the mother isn’t able to prevent that from happening.

I’m speaking about the mothers who are capable of preventing the abuse, and just don’t.  They let it happen.  They make it happen.

How do they do that?

How can they be okay with the fact that their children are hurting?

How can they be okay with the idea of hurting their own children?

When it comes right down to it, these abuser-mothers are a mystery to me.  I can understand some “head knowledge”, and I can give you some intellectual explanations, yada, yada, yada.

But do I emotionally understand it?

Nope.  Not for one second.

I just don’t get it.