You are here: Home / DID Education / CIA MIND CONTROL: Out Of Darkness Into The Light 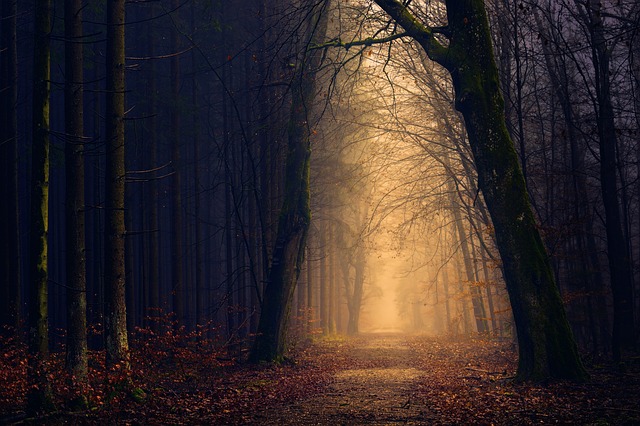 I don’t typically use other web-sites as the source of my blog posts, but today I want to share some important information out there to my readers.   Survivors of mind control need the validation and encouragement that this Press Release gives.   I welcome discussions, questions and comments to the following information.

Cathy O’Brien and Mark Phillips share their true life story
of extraction & recovery from the CIA ‘s MK-Ultra project
and explain how we are ALL victims of Mind Control.


CIA MIND CONTROL:
Out Of Darkness Into The Light

You are invited to a special public presentation
from two of the most successful U.S. government whistleblowers, Cathy O’Brien and Mark Phillips.

Government Whistleblowers, Trauma Recovery Expert and Roseanne Barr to Speak Out Against Torture and Mind Control

Cathy O’Brien and Mark Phillips will be joined by Dr. Colin Ross (an expert on clinically diagnosing and treating trauma based personality disorders) and TV legend Roseanne Barr at a speaking event in Los Angeles on June 5th.

Los Angeles, CA (PRWEB) May 11, 2009 – As the issue of torturing individuals held in detention facilities plays out in the news media, two of the most successful whistleblowers are speaking out on how CIA programs such as MK-ULTRA actually involved torturing U.S. citizens, our allies citizens and how these heinous atrocities were allowed to continue under the 1947 National Security Act.

Cathy O’Brien was a White House/Pentagon level MK-ULTRA mind control victim, who claims torture was used on her to fragment her personality to make her forget secrets and criminal covert operations she had been forced to participate in over a thirty year period. “Many of the same criminals in control of the government today were in control of me,” Cathy says. “And they are acutely aware that torture and trauma causes humankind to forget.”

Cathy adds, “Now that torture is finally a predominant political issue, the reality of how it’s actually being used continues to be kept from the public by those in control of the government and corporate media. Those who control information control knowledge, which in turn controls the thoughts, perceptions, opinions, and actions of those they inform.”

What about the argument that torture is justified as a means to extract information? Cathy says, “Considering today’s technological advancements, pharmaceuticals, computerization, and classified mind manipulating weaponry, it’s clear to see that torture is not only archaic, but is actually a diversionary issue from more prevalent forms of mass mind manipulation being used on the human population.”

Cathy was rescued in 1988 by Mark Phillips, a U.S. Intelligence insider knowledgeable on CIA mind-control techniques who acted after he was told by a Chinese Intelligence officer that Cathy and her then eight-year-old daughter, Kelly, were mind-controlled slaves of the U.S. government. Mark says that the super secret technology used on Cathy, Kelly and others is an, “evolved system of remote human physical and psychological manipulation that has only recently been officially recognized by accredited mental health physicians for what it is – absolute mind control.”

Cathy and Mark circumvented the news media’s blackout on their case with the greatest true life love story of extraction and recovery from the CIA ‘s mind control project ever told.

You can hear their story along with a discussion on the issue of torture at an event called “CIA Mind Control: Out Of Darkness, Into the Light” which will be held on Friday June 5th, 2009 in Hollywood. The event begins at 7PM at Hollywood United Methodist Church located at 6817 Franklin Avenue (at Highland Ave.).

A portion of the proceeds go to Children of the Night, a non profit that rescues children from the ravages of prostitution and domination of pimps.

Joining Cathy and Mark will be Dr. Colin Ross, a globally recognized expert on trauma related disorders and author of “The CIA Doctors: Human Rights Violations by American Psychiatrists.” Dr. Ross provides proof, based on 15,000 pages of documents obtained from the CIA through the Freedom of Information Act, that there have been pervasive, systematic violations of human rights by American psychiatrists over the last 65 years. As well, he proves that the Manchurian Candidate “super spy” is fact, not fiction. He describes CIA documented experiments by psychiatrists to create amnesia, new identities, hypnotic access codes, and implanting new memories in the minds of experimental subjects.

Also scheduled to appear is comedian Roseanne Barr. In addition to being a champion for the rights of abused children everywhere, she was treated by Dr. Colin Ross for DID recovery.

ABOUT THE SPEAKERS & ORGANIZERS

Cathy O’Brien is a fully rehabilitated US Government White House/Pentagon level mind control survivor whose testimony for the US Congressional Permanent Select Committee on Intelligence Oversight was censored for so-called “Reasons of National Security”. Upon the advice of an attorney in 1995, this testimony was released en masse in book form, aptly entitled TRANCE Formation of America, to bring truth to light and survive whistle blowing on US Government tortures. Despite media censorship and death threats and attempts, these proven, documented facts have now reached over 48 countries, been licensed and translated into 8 languages, and are in major universities worldwide such as the Oxford Law Library.

Mark Phillips is a native of Nashville, Tennessee. For nearly 30 years he was a highly successful marketing and advertising executive for two airlines and a medical equipment manufacturing company. While he lacks the published academic credentials as a scholar, professional writer, or mental health physician he is recognized internationally by mental health and law enforcement professionals as a credible authority on the secret science concerning external control of the mind. Throughout his career he also held a DoD issued Top Secret Security clearance as he was exposed to various classified behavioral modification projects. Mark was required to sign an oath of secrecy. To this day he’s restricted by sedition laws from revealing certain specific still classified details that directly relates to his employment.

Roseanne Barr’s creation and portrayal of Roseanne Conner on ABC’s Roseanne has been hailed as “the most ground breaking kitchen-sink sitcom since All in the Family, (Entertainment Weekly)” adding, “She’s the funniest disturber of peace that we have.” In 1998, she hosted her own talk show, The Roseanne Show, for two seasons. Currently, she speaks truth to power at her website and blog RoseanneWorld.com and can be heard Wednesdays at 5PM PT on Pacifica Radio’s KPFK 90.7FM. She also has a Sunday radio show at KCAARadio.com and a program on Free Speech TV called Tipping Point. She is proud to work with organizations such as ACORN and Children of the Night.

Dr. Colin Ross is an internationally renowned clinician, researcher, author and lecturer in the field of traumatic stress and trauma related disorders. He’s the founder and president of the Colin A. Ross Institute for Psychological Trauma and is the Executive Medical Director of three trauma programs located in Dallas, Texas – Grand Rapids, Michigan – and Torrance, California. Dr. Ross has written extensively on the subject of dissociation and trauma. His latest books include The Trauma Model: A Solution to the Problem of Comorbidity in Psychiatry and Schizophrenia: Innovations in Diagnosis and Treatment. He is a member of the American Psychiatric Associations and the Int’l Society for the Study of Traumatic Stress, and is currently a consultant on the hit Showtime series United States of Tara (1st season).

Children of the Night is a private, non-profit, tax-exempt organization founded in 1979 that is dedicated to assisting children between the ages of 11 and 17 who are forced to prostitute on the streets for food to eat and a place to sleep. Since 1979 Children of the Night has rescued girls and boys from prostitution and the domination of vicious pimps. This much needed organization provides all programs with the support of private donations.

Good Karma PR is a small public relations firm dedicated to helping promote the works of those individuals and organizations that are doing something good for the world. Good Karma PR has worked with; Roseanne Barr, Cynthia McKinney For President, Ed Asner, John Trudell, Dr. Steven Jones, William Rodriguez, Architects & Engineers for 9/11 Truth, Clifford Carnicom and Dr. Gwen Scott ND. They’ve also helped launch films such as America: Freedom to Fascism, Washington You’re Fired and The Elephant in the Room.