You are here: Home / DID Education / Getting Back Those Lost, Missing Chunks of Time 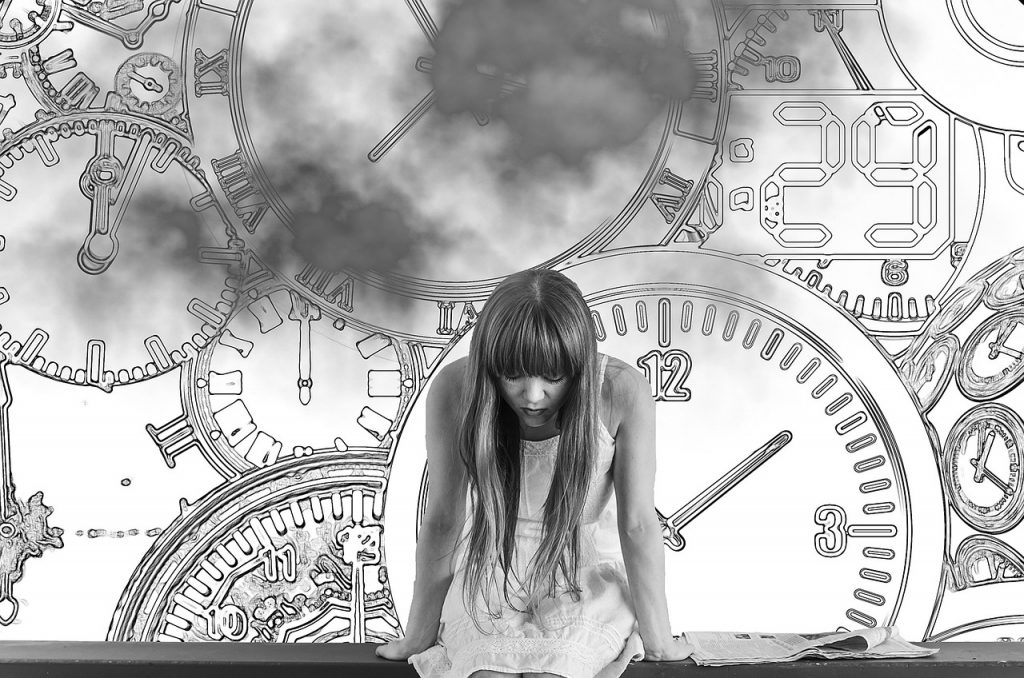 Many dissociative trauma survivors have issues with time.

It can be confusing to say the least.

Losing time can be very difficult.

Many folks with DID get understandably upset when this happens — struggling with the after effects of their behavior, left confused, bewildered, possibly angry, waking to their plans being destroyed, their relationships damaged, their money spent, their body feeling weird, their day interrupted.

Most singletons cannot even begin to fathom what life would be like with so many missing gaps in time.

There is a huge sense of loss of control when there is lost time.  Is the amnesia that is covering that lost time still important?  Is it covering up some huge secret that the host of the system cannot know about? Or is it just an old habit – an old familiar way of life, and nothing to worry about?   Either way, the not-knowing, and the apparent “not being allowed to know” what happened in one’s own life can understandably be very upsetting for many people.

Sometimes the effects of lost time are minimal, barely noticeable — maybe a small bruise, or scratch that came from nowhere, or a change of clothes, or maybe you’re simply sitting in a different place than you last were.

Lots of people with dissociative disorders are so used to losing time that they don’t even notice it anymore.  Switching and the coming and going are so normal for them, and the covering for a “bad memory” are just natural parts of the day.  In fact, it can be so natural, that many people with DID/MPD are firmly convinced that they don’t lose any time at all.  However, a close examination of that belief can usually prove otherwise, but that is not an uncommon initial assumption.

Sometimes lost time cause a lot of anxiety and panic, and sometimes the effects are quite devastating. The host of the system may have no awareness that one of the insiders participated in a sexual activity the night before, but the host might be able to feel body pain and stiffness, and just not have an explanation for that.  The daytime alters may not have realized that “the body” is now pregnant, and they may not absolutely no idea who the father is.  Or the host of the system may have no idea how the car got wrecked.  The dayside people can see the damage done to the car, but might not have any awareness of what happened.  Or maybe they have absolutely no idea why their spouse and children are so angry with them.  Maybe they don’t remember being involved in a knockdown drag-out argument last night where the spouse and the children were repeatedly insulted, ridiculed, and denigrated.

Sometimes something good has happened – ie: where another part has had the courage to do something that you hadn’t been able to manage.  The house may suddenly look cleaner and more organized, or the kids have been helped with their homework.  “Good news” isn’t as frequently blocked from awareness, but it can certainly happen.  And sometimes, inside system parts can purposefully block the awareness of someone else inside so they can give them a nice surprise.  Insider parts can buy nice prezzies for each other, keeping the others unaware of what they are getting for Christmas or Hanukkah, for example.

However, for dissociative trauma survivors, the original foundational reasons for losing time were long ago based on avoiding or escaping the direct involvement in something terrible.  While blocking out the awareness of events during their original occurrence was incredibly helpful at that initial traumatic point in time, as the person’s safety increases, and as their dissociative walls decrease, those hidden chunks of lost time often re-surface later in the form of PTSD, flashbacks, body memories, etc.

As repeated patterns of managing traumatic incidents become set and solidified within the dissociative splits, the amnesia between those alters and others inside just simply stay in place.  In those original traumatic moments, those insiders were created with dissociative walls firmly intact, purposefully preventing the other system parts from knowing what happened.

That same “missing time” protection stays in place until the dissociative person begins to address why it was necessary for them to have that chunk of time hidden from their life in the first place.

Think about the most recent incident or two where you lost time.  Part of the healing process is getting more connected with those periods of lost time.  Don’t just comfortably sail past the fact that you don’t know what happened in the middle of the afternoon, or that you have no earthly idea where you were last night.  Work at that.

These missing gaps of time are pieces of your life that hold valuable information.  I can promise you, your body didn’t just cease to exist while you were dissociatively “away” on a mental vacation.  Something was happening with some of your parts, and someone was doing something.  You might not been out and involved in life during that period of time, but I can guarantee that someone in your system knows exactly what was happening.  They were there instead of you.

The terms “missing time” or “lost time” are actually misnomers.

The time didn’t get lost.

The time is not gone.

The question is whether or not you would like to know what happened while you were away.

Becoming less dissociative, less DID/MPD, more integrated, more whole means knowing about ALL the missing gaps of time – the good news, and the not so good news.

If you cannot sit with the emotions and feelings that you had during the difficult times in your life, you certainly cannot integrate with the inside parts that contain those feelings.

Overcoming the amnesia and time loss means that you must communicate actively with the others in your system.  Yep, we’re back to system communication once again.  Talk to your internal people – they can tell you exactly what happened while you were away.

Here are some questions to ask yourself and your internal system after you notice some missing time:

Are you brave enough to know what happened while you were away?

Are you genuinely serious enough about your healing to want to know what happened while you were away?

Are you ready to claim all the different aspects of what has happened in your life?

You can get back all the information that was allegedly lost during that missing time.

You can truly know what happened.